Get Back to Backwater Jack's for National Seafood Month

Halloween isn't the only thing to look forward to in October. This entire month is designated as National Seafood Month! Sushi may be over for the season at Backwater Jack's (don't worry, it'll be back next year!) but we've got a whole lot of other succulent seafood items still being served daily at our Lake of the Ozarks waterfront restaurant & bar. Get yourself back to Backwater Jack's soon and treat yourself to some of these. 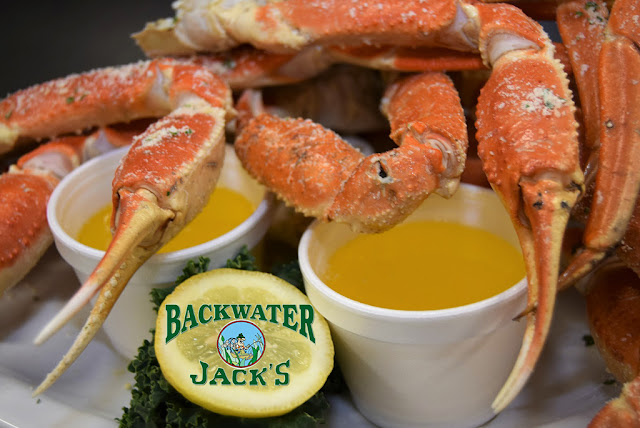 Snow Crab Clusters
Nothing but the freshest snow crab clusters! Boiled hot and served by the pound with a tub of butter.

Grouper Fingers
Our version of a hand-breaded filet in our secret honey breading served with raspberry tartar sauce. 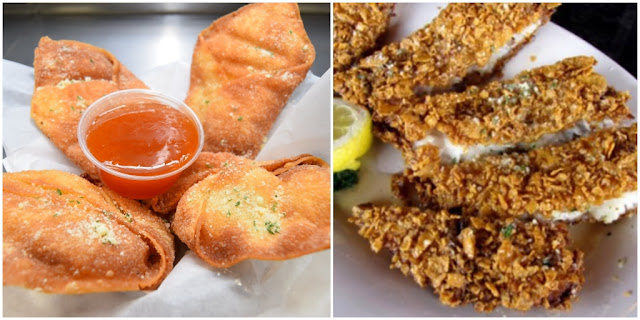 Backwater's Buffalo Shrimp
Ten butterflied shrimp breaded and served with a side of Jack's hot sauce.

Raw Oysters on the Half Shell
Served cold by the dozen or half-dozen with cocktail sauce and fresh-cut lemon. 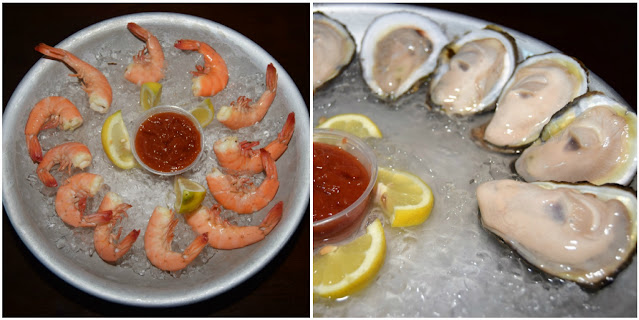 Jack's Baked Seafood Nachos
A pile of tortilla chips topped with tomatoes, black olives, onions, and a seafood mix of shrimp, scallops, and crab meat all smothered in shredded cheddar jack cheese and then baked to perfection. 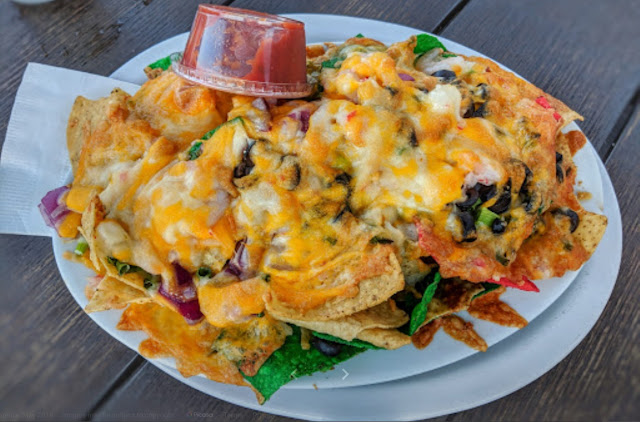 Jack's Loaded Jambalaya
A mix of sauteed green and red bell peppers, onions, crab, scallops, shrimp, chicken, and Andouille sausage tossed in a spicy sauce, served over a bed of wild rice, and garnished with our sweet cornbread. 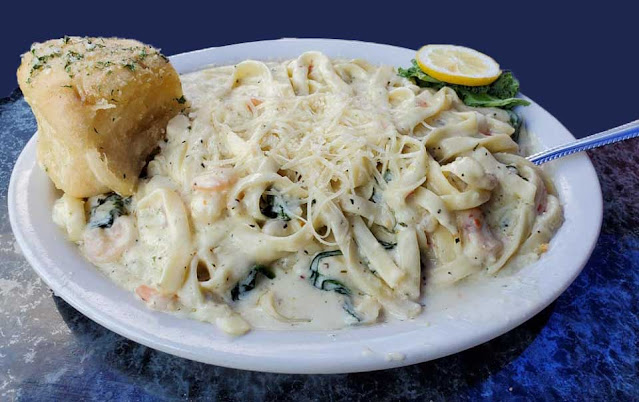 Filet of Grouper Sandwich
Our own version of this delicately flavored fish coated in a light batter and deep-fried until golden brown. Also available grilled or blackened. It's served with tartar sauce on a hoagie roll. 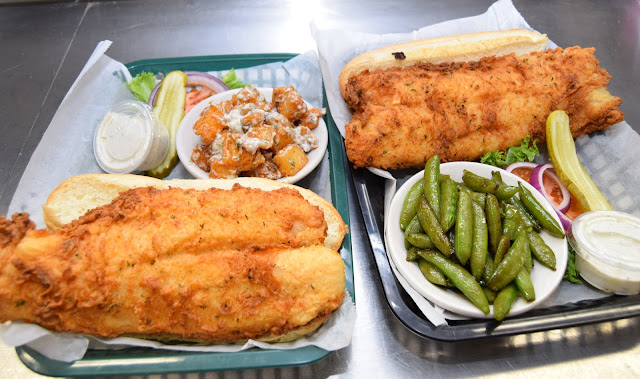 Grouper
A generous portion of our own version of fillets prepared either grilled, blackened, or coated in a light batter and deep-fried, served over a bed of wild rice.

Snow Crab Clusters
Nothing but the freshest snow crab clusters boiled hot and served with a tub of butter. You can make it a double-order for a greatly discounted price! 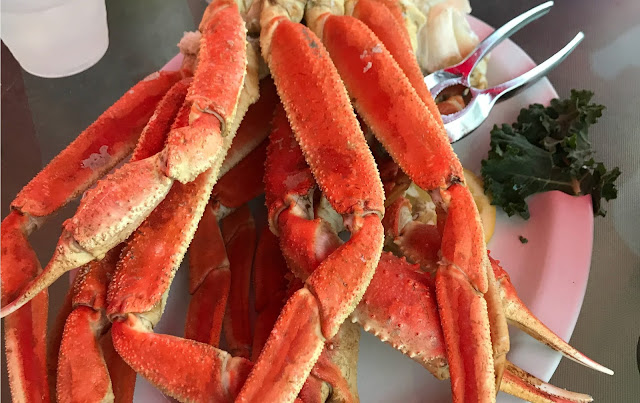 As you can see, we've got a LOT of seafood on the menu and that's only a portion of our full menu! The next time you're hungry for the best seafood at the Lake of the Ozarks, or even if you're hungry for something else, get yourself back to Backwater Jack's in Osage Beach. Here you'll always find great food, delicious drinks, and an all-around awesome time! 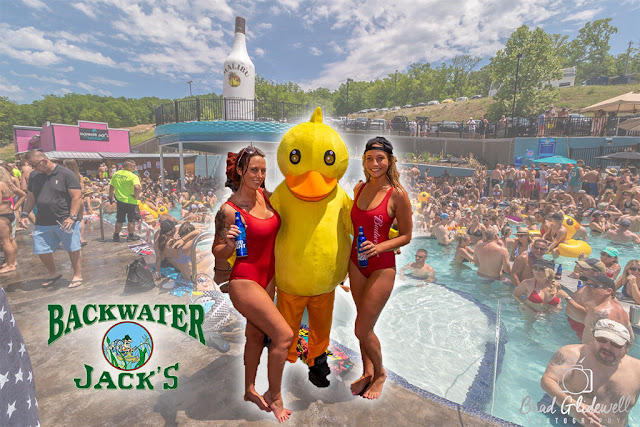 Spring has been a bit different than we're used to this year, but things are starting to look a lot more like normal here at Backwater Jack's in Osage Beach. We're still doing everything we can to keep our customers healthy, safe, and properly social-distanced but that doesn't mean we can't have some fun at the same time. First Pool Party of the Season! Memorial Day Weekend is fast approaching and that means it's time for another one of those famous Zero Ducks Given Pool Parties at your favorite waterfront restaurant & bar at the Lake of the Ozarks ! On Saturday, May 23, 2020, from 11:00 am-7:00 pm our pool will be rockin'!  We are excited to announce that the amazing Dee Jay Silver will be spinning out by the pool during this incredible event. More about him below, but first, here's a look at the extra precautions and safety measures we'll be taking this time around.        Current Pool Party Etiquette Backwater Jack's has
Read more 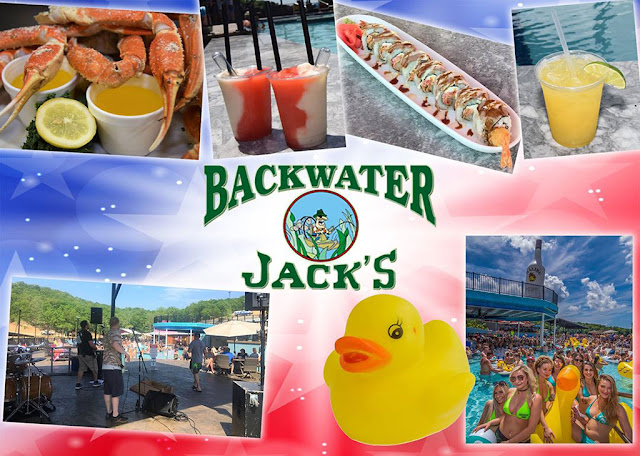 What are your plans for  Memorial Day Weekend 2020 at the Lake of the Ozarks ? Whether you've already decided or not, we're willing to bet that after reading today's blog, your plans will include getting back to Backwater Jack's ... and staying there most of the weekend!  Our Lake of the Ozarks waterfront bar & restaurant is always an awesome place to hang out but on holiday weekends, things get even more exciting! Check out what's we've got in store for you this time around.  Pool Parties Holiday weekends at Backwater Jack's always include the best pool parties at the Lake of the Ozarks - the Zero Ducks Given Pool Parties, to be exact! In addition to that always incredible event, we're bringing back our popular Swimdustry Pool Party too.  The Zero Ducks Given Pool Party is happening on Saturday, May 23 from 11:00 an-7:00 pm . This year we are thrilled to announce that the incredibly entertaining Dee Jay Silver will be headlining the sh
Read more 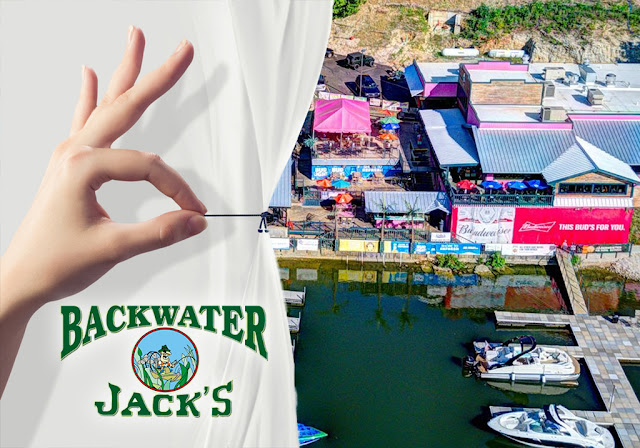 We know you're all anxious to get back to Backwater Jack's  in Osage Beach and we're thrilled to say that the wait is almost over! Your favorite waterfront bar & restaurant a the Lake of the Ozarks will be opening for the 2020 season on Thursday, March 12 ! (Unless we happen to get a surprise snowstorm that day. After all, this is mid-Missouri but hey, the groundhog said we should be good to go.)  Beginning on Thursday, March 12, 2020, Backwater Jack's will be open at 11:00 am every Thursday-Sunday. (Just in time for St. Patrick's Day Weekend at the Lake of the Ozarks!) Once April rolls around we'll most likely go back to being open 7 days a week. Now, in case your memory is failing you, here's a look at all the excitement & deliciousness to expect once you get yourself back to Backwater Jack's.  Fantastic Food All of your favorite menu items will be available again right away. (Except for the sushi but don't worry, it'll be back
Read more