October 16, 2019
In case you didn't already know, October happens to be National Seafood Month. We are done serving sushi at Backwater Jack's for the season (but don't worry because it will be back next spring!) That doesn't mean that we are done serving seafood though. As a matter of fact, you'll find some of the best seafood at the Lake of the Ozarks on the menu we are still serving 7 days a week! 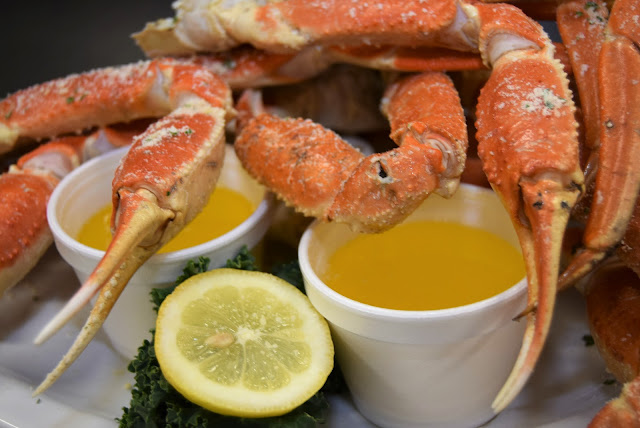 Seafood Appetizers
Seafood is a delicious way to start off any meal.

Snow Crab Clusters
Nothing but the freshest snow crab clusters are served at Backwater Jack's! They are boiled hot to order and served with a tub of butter. (You can find a meal-sized portion of these on our dinner menu too!)

Colossal Crab Rangoon
Four oversized wontons stuffed full of Jack's own crab & cream cheese mix. They are fried to a golden brown and served with our homemade apricot sauce. 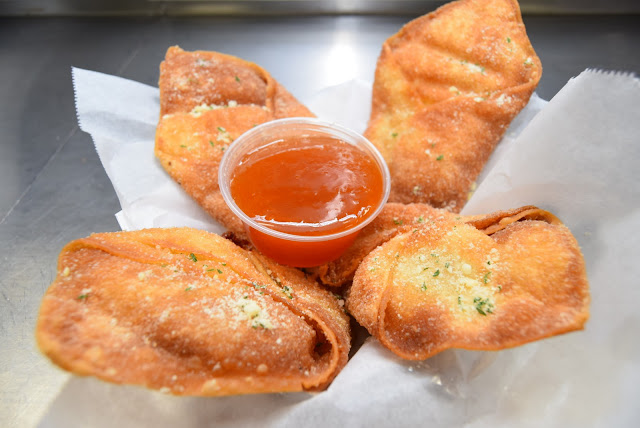 Backwater's Buffalo Shrimp
Ten butterflied shrimp breaded and served with a side of Jack's hot sauce.

Raw Oysters on the Half Shell
We serve these cold, by the dozen or half-dozen, with cocktail sauce and freshly cut lemons. 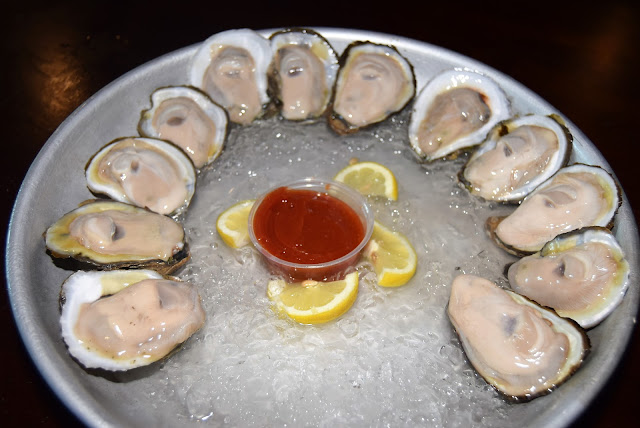 Seafood Mix
There are a couple of items on our appetizer menu that allow you to add our savory seafood mixture of shrimp, scallops, and crab to the dish in place of chicken or veggies. These include: 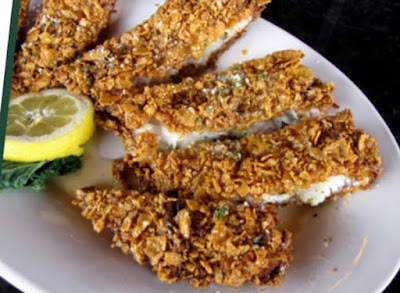 Seafood Salads, Pasta, & Rice
This salad is quite a meal on its own and our pasta and rice dishes are served with a dinner roll plus a Water's Edge House Salad.

Jack's Loaded Jambalaya
A mix of sauteed green and red bell peppers, onions, crab, scallops, shrimp, chicken, and Andouille sausage tossed in a spicy sauce and served over a bed of wild rice garnished with our sweet cornbread. 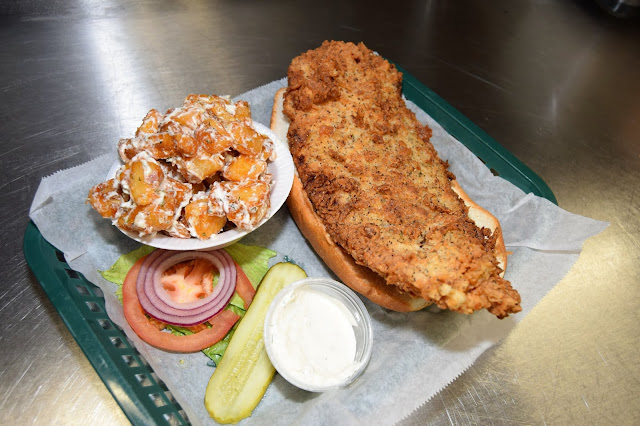 Fillet of Grouper Sandwich
Our own version of this delicately flavored fish, coated in a light batter and deep-fried until golden brown. It is also available grilled or blackened and we serve this sandwich with tartar sauce on a hoagie roll.

Grouper
A generous portion of our own version of fillets served over a bed of wild rice. It may be prepared either grilled, blackened, or coated in a light batter and deep-fried. 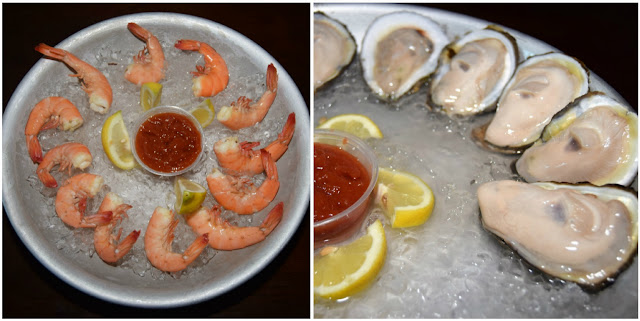 Weekly Seafood Specials
Every single Sunday-Friday this time of year we offer daily specials that are hard to resist. Two of these specials include some of the succulent seafood we already talked about above.

Crabby Ol' Mondays offer up our savory snow crab clusters by the pound at a discounted price. You'll also get special deals on Rum Runners and Pains to drink along with those tasty crab legs.

Raw Deal Thursdays feature extremely low prices on shrimp and oysters, priced individually so that you can order as many as you like. There are also incredible deals on our wings and discounts on canned beer to wash it all down with. 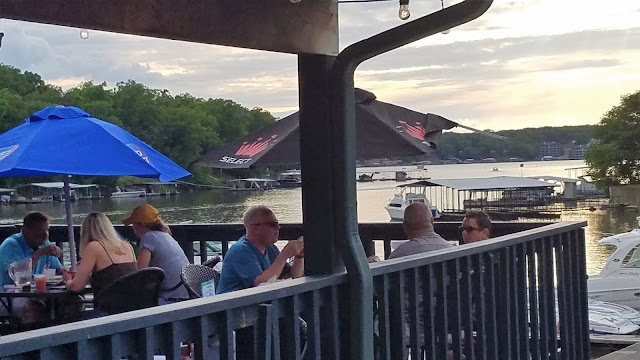 That's a lot to choose from (and that's just a portion of our awesome menu) but you've still got plenty of time this season to get back to Backwater Jack's and try them all! Our waterfront bar & restaurant at the Lake of the Ozarks isn't ready to end our season yet. Come on out and join us soon for a bite to eat and a whole lot of fun! 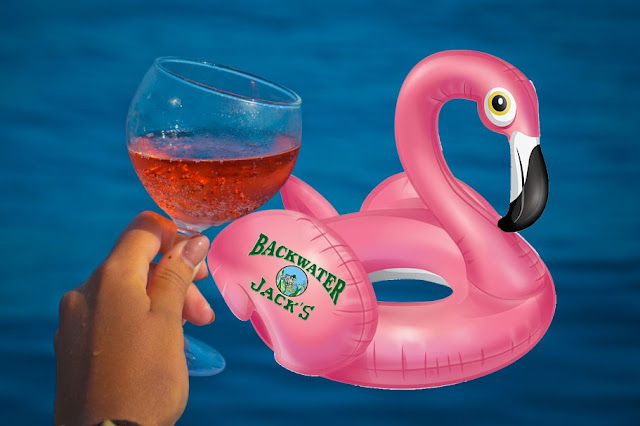 The amazing food, incredible drinks, and fantastic pool are all reasons to get yourself back to Backwater Jack's on a regular basis. We love adding even more to the experience at our Lake of the Ozarks waterfront bar & restaurant, so we throw in awesome events here and there when we get the chance. Today we've got two exiting ones to share with you.


Rosé All Day
Saturday, June 16
Get ready to drink pink at the Lake of the Ozarks! We're planning an incredible day by the pool sipping wine, listening to great music, and raising money for the Dogwood Animal Shelter while we have some fun. Our Rosé All Day event will be taking place from 11 am-7pm. This is a 21+ event, and a portion of the $10 entry fee will go to the local no-kill shelter, the Dogwood Animal Shelter.

DJ Klow and DJ Styles will be spinning all kinds of amazing music all day long, You can order whatever you like from the bar, but Rosé is going to be the star for the day. There will be wine samplings for you t…
Read more

The Countdown to Backwater Jack's Opening Day 2019 Has Begun! 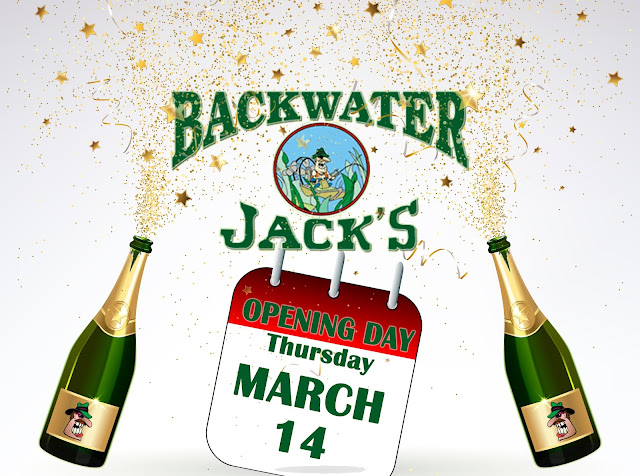 That's right folks, we're less than a month away from getting back to Backwater Jack's for the 2019 season! The Thursday before St. Patrick's Day weekend, March 14, your favorite waterfront bar & restaurant at the Lake of the Ozarks will be opening our doors to all of your smiling, anxious faces. Believe us, we're going to make it worth your long wait!

Fantastic Food
We're ready to start whipping up a few batches of our famous Fried Potato Salad to serve alongside your favorite Backwater Jack's menu items. All of the classics are back again this year - Colossal Crab Rangoon, Grouper Fingers, Snow Crab Clusters, and more - plus you might even see a new surprise or two.


Delicious Drinks
Our talented mixologists behind the bar are ready to make some more of those amazing cocktails you love drinking every summer. Those include fantastic frozen drinks, marvelous margaritas, hand-mixed cocktails, ice-cold beer, and even some amazing wine selections. Make sure …
Read more 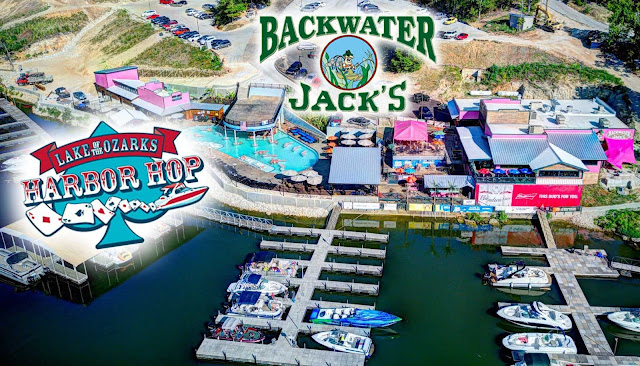 It's time to gather your crew and get ready for the 34th Annual Fall Harbor Hop at the Lake of the Ozarks on Saturday, October 12, 2019. All of us here at Backwater Jack's look forward to this incredible poker run on the lake each autumn. (We love the Spring Harbor Hop too!) Here are this year's Harbor Hop details so that all of you can be sure to join us.

How to Harbor Hop
In case you haven't had the chance to enjoy one of these action-filled Harbor Hops, here is how it works. (If you already know all about how to hop, you can skip down to the prizes and details about the best card stop below!)


Your Harbor Hop begins at Backwater Jack's or any of the over 40 participating bars & restaurants on the list. (You can find the full list by visiting www.Funlake.com/HarborHop.) At your first stop, for a $20 donation, you will receive the first card of the 7 you need for a complete poker hand. You can even play more than one hand if you feel like it. Next, you'll tr…
Read more