Showing posts from August, 2016
Show all

The Best Live Entertainment at the Lake of the Ozarks 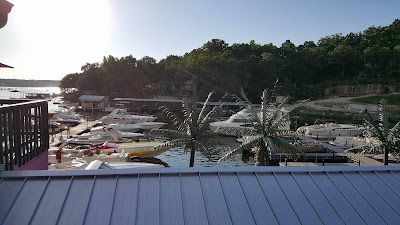 The 2016 Shootout Poker Run Is This Friday! 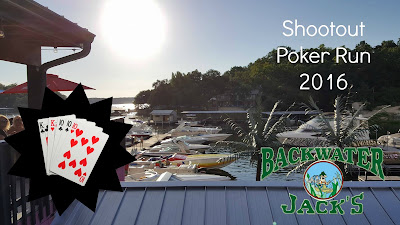 Summer is not over yet! Although school has started in many parts of the state, there are still a few more weeks of exciting, summer fun left to be had, including the Lake of the Ozarks Shootout. If you are wanting to raise money for a great cause and have fun, then head on out to the best waterfront restaurant at the Lake of the Ozarks for the Lake of the Ozarks  for the annual poker run coming up this Friday. The 2016 Shootout Poker Run - Friday, August 26 The Shootout Poker Run is one of our favorite annual events and  Backwater Jack's is excited to be a part of it once again. Start your day with breakfast at Franky & Louie's and then hit the water  for a day filled with fun, sunshine and of cours e, poker!  The Run Down Participants will explore the Lake of the Ozarks and stop at various locations to pick up a poker card for a total of eight cards. You get to pick your best five cards to submit as your official poker hand to win various prizes. Last
Post a Comment
Location: Osage Beach, MO 65065, USA
Read more 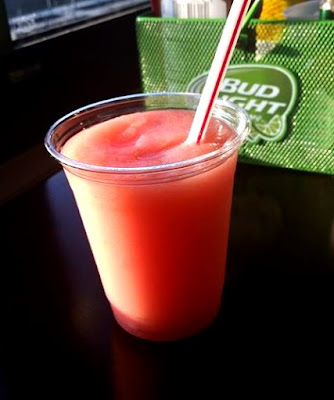 It's National Rum Day! Here at the  Lake of the Ozarks' favorite waterfront bar and grill we love our rum. The best way to enjoy a beautiful day at the Lake is to kick back and enjoy the view with a Rum Runner. Luckily, you can do both at Backwater Jack's ! To celebrate National Rum Day, we have gathered five fun facts about rum. We also included some of our favorite drinks made with rum that you can get at the best waterfront bar at the Lake of the Ozarks : Five Fun Facts About Rum! - The oldest known bottle of rum is The Harewood Rum 1780. it is believed to have been distilled in 1780 in Barbados. Fifty-nine bottles were discovered in the basement of the Harewood House in Leeds, UK.  - The largest rum tasting event involved 786 participants who tasted five different aged rums. The event lasted three and a half hours and was held in Columbia.  - The most expensive bottle of rum goes to a 1940s bottle of J. Wray & Nephew. There are only four known bottles
Post a Comment
Location: Osage Beach, MO 65065, USA
Read more 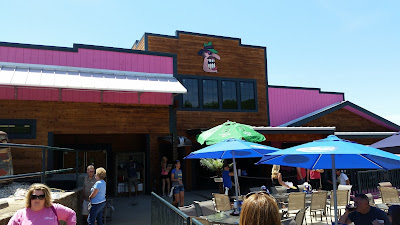 It’s Family Fun Month – and the best waterfront bar and grill is the perfect place to celebrate. With live music and some of the best food at the Lake, Backwater Jack’s has everything you need for a fun day with the family. Gather up the kids and head on over! Here are three ways to celebrate Family Fun Month at Lake of the Ozarks’ best restaurant . 1. Awesome Food It’s not a family function without some delicious food. When you bring the party to Backwater Jack’s, all you need to worry about is having fun with the family. Let us do the hard work! We have an expansive menu that’s filled with delicious options the whole family will love. We also have a menu that is kid approved! Kids Menu Bubba Burger Bubba Burger with Cheese Chicken Strips Grilled Cheese Peanut Butter & Jelly Corn Dogs Mac & Cheese Desserts It’s a special occasion – so splurge a little! We have a delicious dessert menu that will definitely satisfy your sweet tooth
Post a Comment
Location: Osage Beach, MO 65065, USA
Read more

The Best Deals at the Lake of the Ozarks 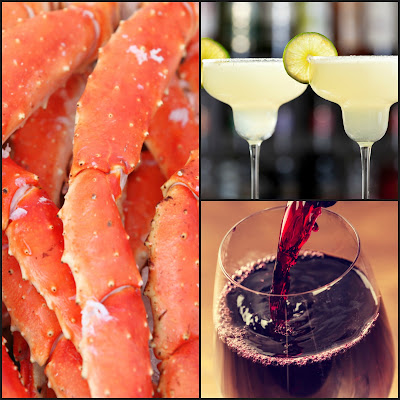 Backwater Jack’s is the place to be this summer! There’s rockin’ live music, delicious food, refreshing drinks and amazing deals – what more do you need? At the best waterfront bar and grill at the Lake , there is LIVE music and dynamite deals almost every night of the week. Our menu has all your favorites like burgers, wings, fried potato salad and homemade crab rangoon. We can also keep you cool all summer long with our famous Pain in the A** and rum runner drinks.  Come in during the week and receive special prices off of your favorite menu items: Crabby Ol’ Mondays Mondays make us all a little crabby, so we are offering you great dishes and drink specials at a great low price! Crab legs are $12.99 a pound and grab a rum runner or Pain in the A** for just $5 each to start your week off right. Tequila Tuesdays Why do you need Taco Tuesday when you can have Tequila Tuesday?! Buy one Jose Cuervo or Sauza shot and get one half off. In addition to the shots, buy one hou
Post a Comment
Location: Osage Beach, MO 65065, USA
Read more
More posts